Hydraulic calculations for the design of networks

Any design project for a water transport or distribution network is based on the determination of a need for hydraulic supply (Qh) at one or several consumption points.

In the case of transport between two points, there will be a need for a certain flow at the outlet point that matches the flow along the entire network (Qt). However, in the case of a distribution network with several consumption points, there will be different flow rates along the network depending on the mesh, flow rates and consumption points (Q1, Q2,…Qn).

The calculation of the hydraulic need will be done in different ways depending on the type of consumption points in which they will be used.

In the hydraulic calculations of the pipes, whenever there are generic references to the diameter of a pipe, it must be understood that they refers to the inner diameter (ID), as it conditions the transport capacity. Then, we can conclude that the hydraulic dimensioning of the pipe is given by the determination of the diameter.

Some basic concepts related to the selection of the pipes’ diameter are:

The hydraulic dimensioning is given by the determination of the diameter since the internal diameter (ID) condition the pipes’ transport capacity. 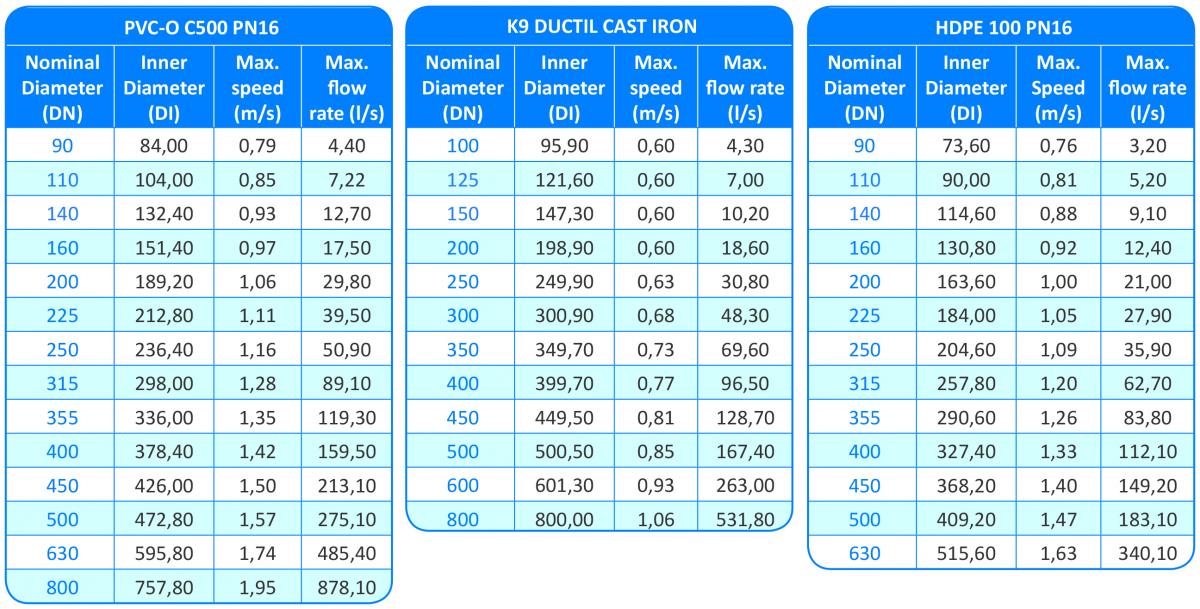