Irrigation is one of the main applications of the conveyance of water, both for agriculture and for irrigation of parks and gardens. In Spain, it represents a very important sector, with strong demand for the total volume of water supplied. In recent years it has become particularly important because of the shortage of water. To use reclaimed water for this purpose it is necessary to develop a comprehensive network of reclaimed water.

It becomes necessary the modernization of traditional irrigation systems by introducing new technologies or renewing networks with significant losses, enabling the optimization of water resources available to the sector.

For the intelligent management of water resources such new technologies are used in facility planning, deploying a policy of integrated management to improve efficiency and maximum performance, thus improving the perception of the value of water. Given that reclaimed water is an essential component of sustainable development and efficient use of water resources, good transport is needed. To do this, Molecor® has developed TOM® oriented pipe networks applied in reclaimed water reuse. These pipes are not only a proper technical product, but also stand out for their contribution to the environment.

Oriented PVC pipes (PVC-O) are used more and more in works of pressurized water pipes, as they are the perfect solution for the management of water resources for generations by the efficiency and effectiveness they provide.

Such increase is due to the exceptional mechanical properties and installation advantages offered by these pipes in relation to pipes made from other materials available in the market. This improvement in properties, higher impact resistance and hydraulic capacity among others, is due to the molecular orientation process that takes place during manufacture and makes the polymer molecules are ordered resulting in its characteristic laminar structure.

Canal de Isabel II began an ambitious plan to reuse the water of Madrid, with an investment of over 200 million euros and which affected more than 30 wastewater treatment plants, in these plants two separate tertiary treatment would be built for the regeneration of part of its effluents. The water will help to water parks and to clean the streets of more than 50 municipalities of the 179 available in the region. In addition, the water will serve to irrigate more than 20 golf courses, and some industries will benefit also from this resource because the price of reclaimed water would be less than the one destined for human consumption.

The ultimate goal, which was to put on the market around 40 hm3 annually of reclaimed water, will help to reduce the increasing consumption of water from our scarce resources and thus increase the security of supply of a city as important as Madrid.

Molecor took part in this project and here it is detailed a small part of the project, the one that implies the city of Coslada, in Madrid. This city has a population of nearly 90,000 inhabitants and an area of 12 km2.

The goal of the project for this city was to substitute the ductile iron water network by a PVC-O one that could be able to provide a maximum flow of 147.5 l/s solving, at the same time, gravity and pumping deficiencies. Regarding gravity the PVC-O conveyance system should provide a proper service to 21 consumption points distributed in 20 different sections in four axes.

On the other part, related to the pumping conveyance system, 25 consumption points were implied, distributed in 31 different sections in eight axes.

With this substitution of Ductile Iron for PVC-O the pipeline leakages and water losses had to be solved which would lead to a relevant decrease of the water cost. 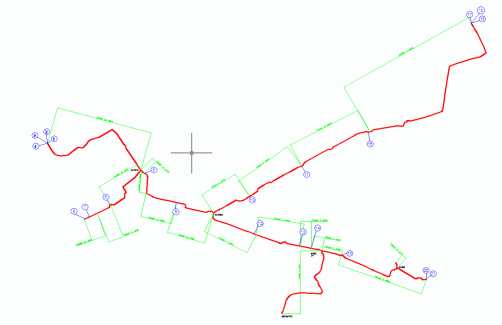 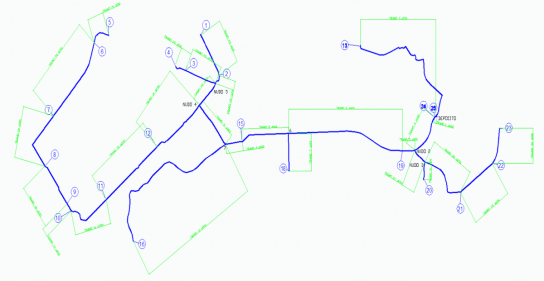 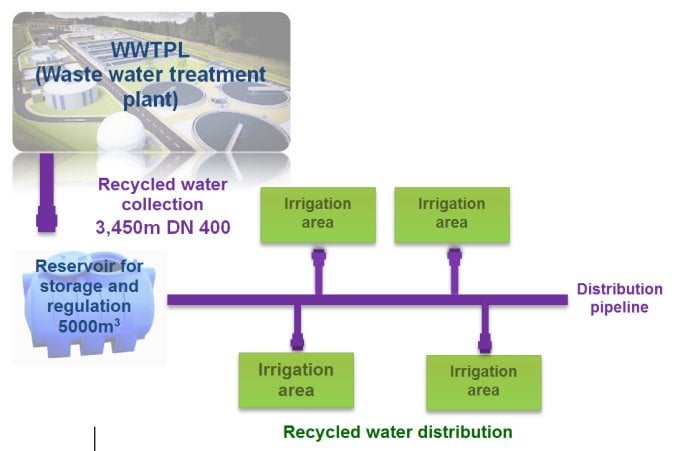 Molecor® reviewed the sizing of the pipes, setting the initial layout to the real irrigation needs and dimensioning, at the same time, the concrete anchors in certain changes of direction. Likewise, Molecor® provided technical assistance during the execution of the works.
The solution provided by the company for the city of Coslada, Madrid, Spain, within the Dpura Project run by the Canal of Isabel II consisted of the implementation of PVC-O networks in three different divisions:

Driving adduction between the pumping station at the outlet of the WWTP treatment and the new reclaimed water tank with a capacity of 5,500 m3. In this part, Molecor® participated with its TOM® PVC-O pipe DN 400 mm PN 16 atm, for a length of 3,450 meters and a vertical drop of 115 meters head.

With the contribution of Molecor® in this part of the project, the maximum fluid speed flow increased with TOM® PVC-O pipes in relation to the previous ductile iron network. For example, in the adduction network, in which DN400 mm pipes are used, this flow speed for PVC-O is 1,276 m/s versus 1,090 l/s of the ductile iron pipes. Likewise, the total load loss accumulated, both in the new adduction system to the reservoir, and in the distribution networks by gravity and pressure, is lower in the case of PVC-O. This lower load loss leads to a remarkable reduction of the energy used for pumping the water throughout the lifetime of the network. In this way a higher efficiency in the use of energy resources is achieved and CO2 emissions to the atmosphere are reduced, thus the contribution to the greenhouse effect is smaller.

Besides all this, TOM® pipes offer lower celerity than other piping systems which means less water hammers caused by sudden variations in water volume and pressure. This reduces and almost eliminates the possibility of breakage during opening and closing in the water network and when pumping gets under way, protecting every component of the network. This fact, together with the high mechanical resistance and chemical inertness of PVC-O and with the tightness of the joints, make the network has a high life cycle.