What is Molecularly Oriented PVC?

Molecularly Oriented PVC is the result of reorganizing the amorphous structure of PVC-U into a layered structured, by a mechanical process, to provide unbeatable mechanical properties in a plastic pipe, such as: high impact resistance (almost unbreakable), high stiffness and fatigue resistance, excellent behaviour with external loads, elimination of crack propagation and maximum ductility.

This reorganisation or alignment is done through an elongation of the plastic in special conditions that allow the molecules to rotate following the direction of the deformation. Although these molecular changes are not visible at macroscopic scale, it is fully appreciable with an electronic microscope. As it is a physical process, there is no change chemically, so, there is no significant change to the PVC formulation. 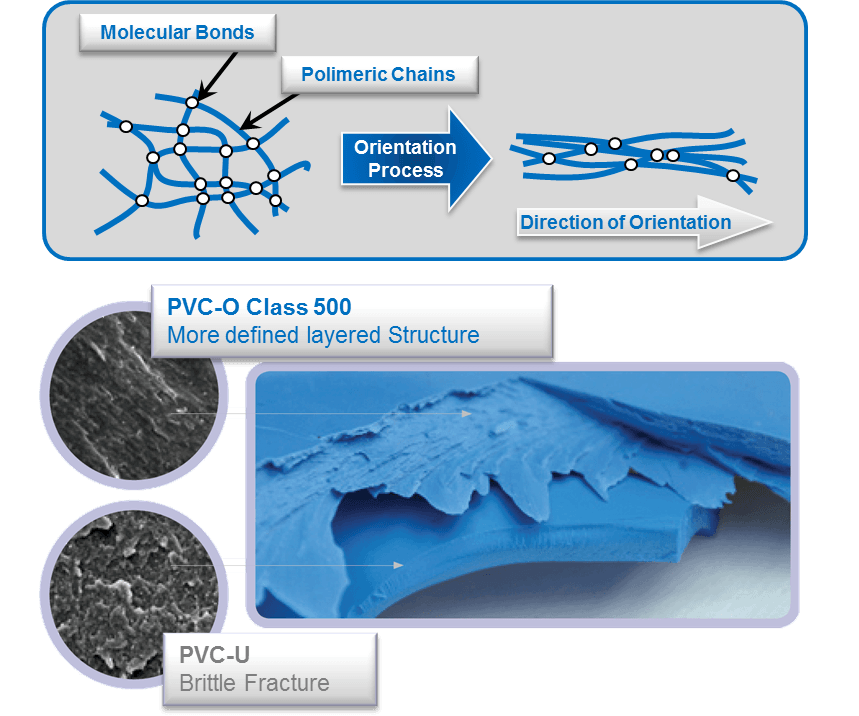 A bit of history

Molecularly Oriented PVC pipes were developed almost 40 years ago in the UK. The enhanced mechanical characteristics of these pipes were quickly recognised. These improvements being great impact and fatigue resistance, elasticity, elimination of crack propagation and higher tensile strength among others.

During the first three decades of this product, there were some limitations in what was being offered to the market in areas such as standardisation, manufacturing process, range of products and industrial efficiency. These limitations have now been overcome and consigned to history.

Molecor was established in 2006. Since its inception Molecor has managed to create a new process to manufactureMolecularly Oriented PVC pipes, which has overcome some of the previous challenges in efficiency and manufacturing processes. It has participated very actively in the creation of new standards throughout the world, and participates in the continuous review and updates of the current ones.

Here it is worth highlighting the last update of the International Standard, ISO 16422 which took place in 2014. The product range has been extended from the previous maximum of DN 630mm, in the 2006 edition, to a new maximum diameter of DN 1000mm, reflecting the market trend of growing into larger diameters. Molecor now offer Molecularly Oriented PVC Class 500 pipes up to DN 800mm and in 12.5 ,16 , 20 & 25 bar pressure. 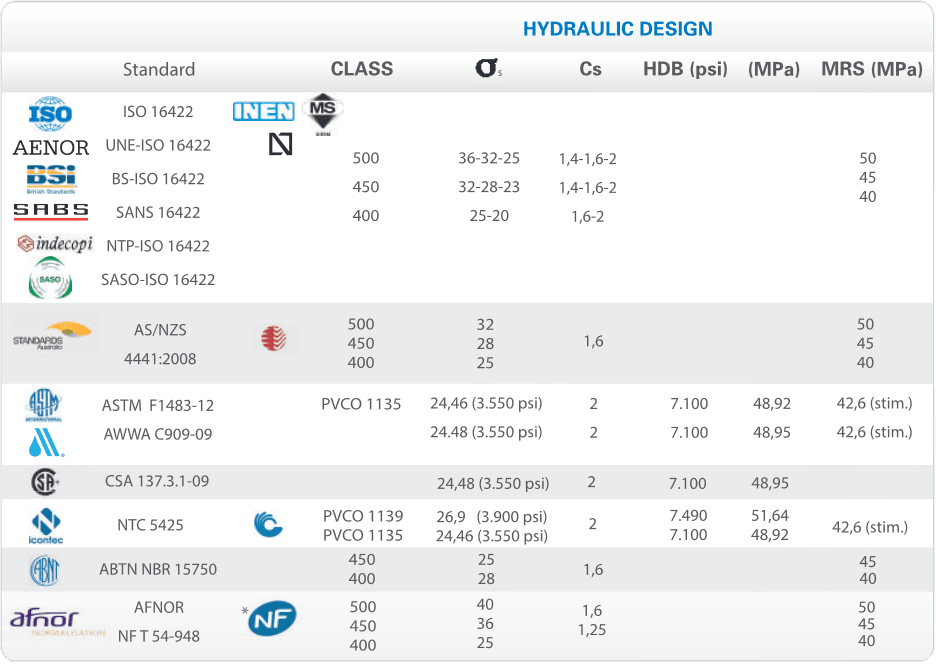 Reaching this level of development has only been possible with a continuous investment and a focus on R&D.

What are the advantages of Oriented PVC?

Mechanically, the properties obtained after molecular orientation are remarkable, such as the resistance to external loads, which means that breakages are minimised during installation or during on-site trials which could be caused by dropping or by impacts from stones.

The astonishing mechanical properties of the material allow for a lighter pipe with a significant increase in hydraulic capacity. This, together with the low friction of its inner surface increases the overall efficiency of the water network.

Molecularly Oriented PVC pipes also provide a greater performance in metres/hour installed compared to other solutions. This is mainly due to the lightness and ductility of the pipe. These two facts allow a speed of installation that cannot be reached with pipes of other materials.